Dr. Bryan Bomberg is an Orthopedic Surgeon based in Steamboat Springs, Colorado. He practices Orthopaedic Surgery in Steamboat Springs and Granby, Colorado and Alliance, Nebraska. Dr. Bomberg is a native of Colorado and graduated with honors from the University Of Colorado School Of Medicine in 1982. He served a surgical internship at US Air Force Keesler Medical Center in Biloxi, Mississippi and then completed a four-year residency in Orthopaedic Surgery at the Medical University of South Carolina.

Dr. Bomberg is a Board Certified Orthopaedic Surgeon with the American Board of Orthopaedic Surgeons and has twice completed his maintenance of certification over the last 20 years. Bryan was accepted for a fellowship in Sports Medicine at the Harvard program of Massachusetts General Hospital in Boston, Massachusetts. There he served as an assistant team physician for the NFL New England Patriots and the NHL Boston Bruins. From 1988 to 1993 he served in the Air Force as a staff Orthopaedic Surgeon at the Air Force Academy in Colorado Springs. During that duty, he rose to be the Chief of Sports Medicine and team physician for the NCAA Falcon football and hockey teams. Dr. Bomberg resigned his commission as a Major in the U.S. Air Force to be able to join Dr. Lewis in Steamboat Springs in 1993.

Dr. Bomberg cares for many of the Steamboat Springs Winter Sports Club skiers and is a traveling physician for the US Ski Team. Dr. Bomberg was an Olympic Team physician at the 2002 Winter Olympics in Salt Lake City, Utah. Dr. Bomberg began work with Orthopaedic Overseas, a part of Health Volunteers Overseas in 2007 where he served in Peru. Dr. Bomberg has traveled to Panama with Operation Walk, Denver chapter.   There the team of surgeons, nurses, technicians, anesthesiologists, and physical therapists performed over 60 knee and hip replacements in their week-long mission.  The patients were often severely affected and had no ability to get this type of surgery. For more information on Operation Walk or to help with their mission please see their facebook page.

Dr. Bomberg is very active in the local community. He has served as a competitive soccer coach, board member of Steamboat Youth Soccer and is a Patron of the Steamboat Arts Council and Strings in the Mountains. He and his family are also members of the United Methodist Church of Steamboat Springs. He is active in many sports himself including biking, hiking, and skiing. Bryan and his wife, Karen, have three children, Erin, Max, and Conner. 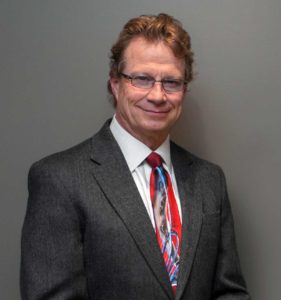